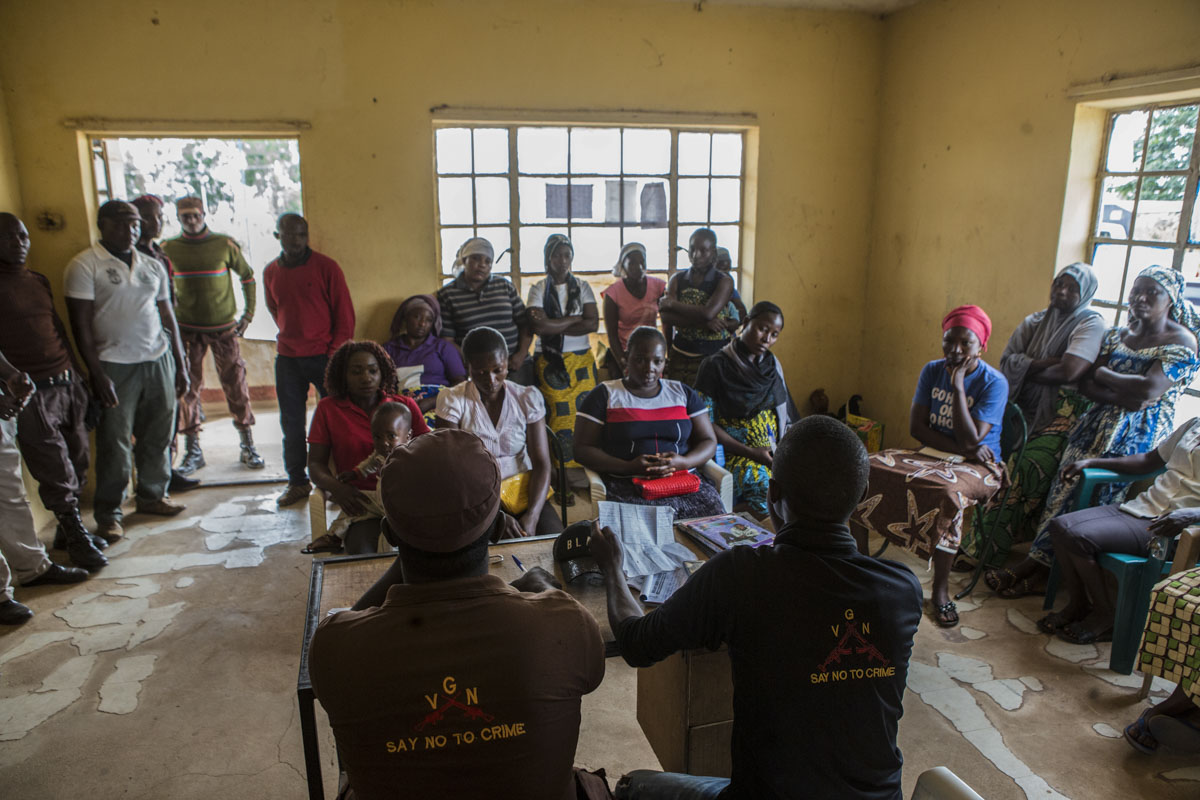 Barkin Ladi, Jos, Nigeria- Members of the Vigilante Group of Nigeria, Barkin Ladi Division mediate a dispute over chickens within the group Women for Women at their headquarters in Barkin Ladi, Nigeria.