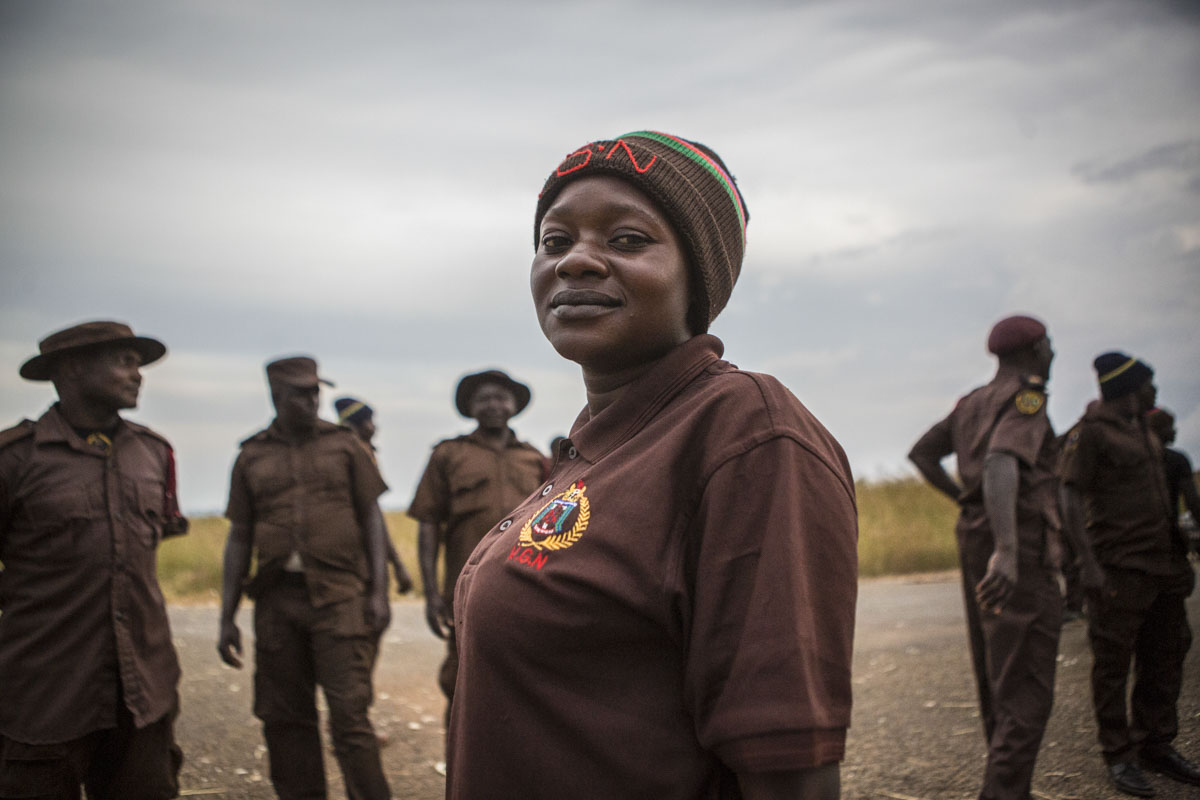 Barkin Ladi, Jos, Nigeria- Vigilante Group of Nigeria, Barkin Ladi Division member Simi Sambbo, 32, who joined the group in 2017, stands with other members at a checkpoint in Barkin Ladi, Nigeria.