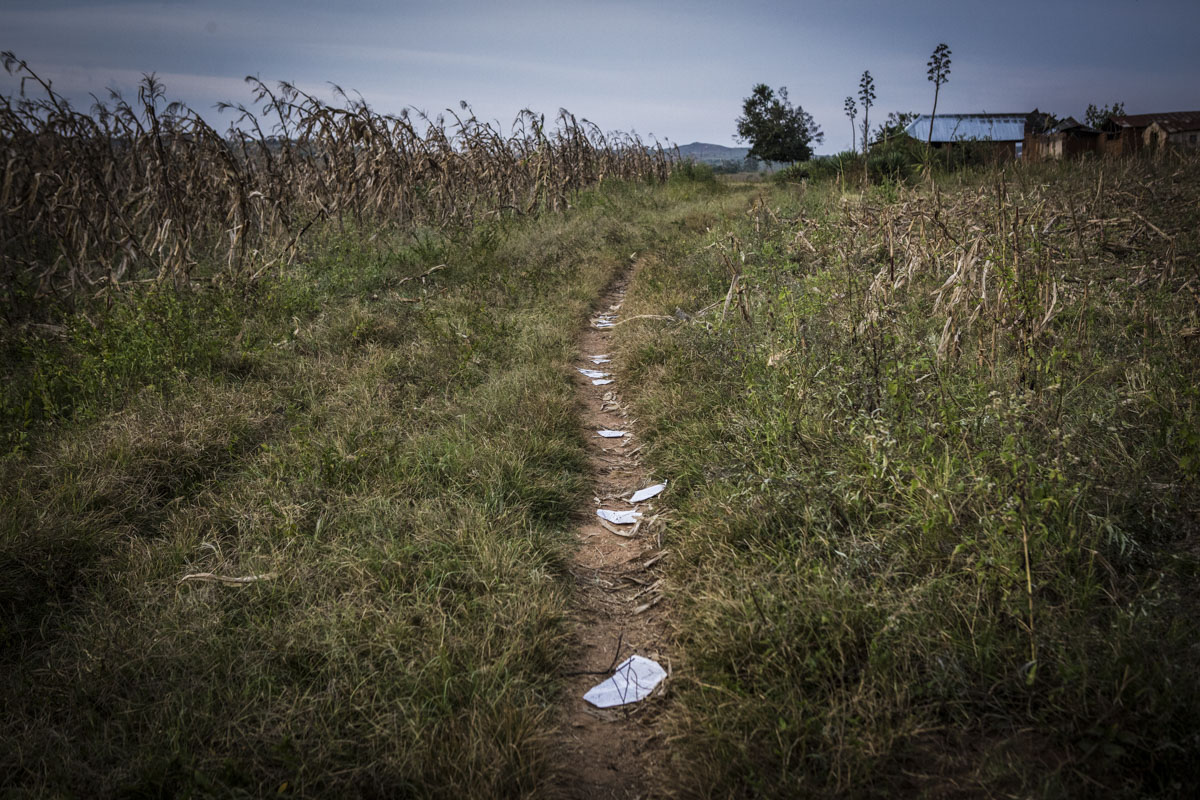 Barkin Ladi, Jos, Nigeria- Pages from a bible written in Hausa are littered outside of Nghar Village which was attacked in June and over 200 people were killed in Barkin Ladi, Nigeria. Many of the displaced fled to neighboring Yelwa Village where Imam Abubakar Abdullahi saved over 300 lives.