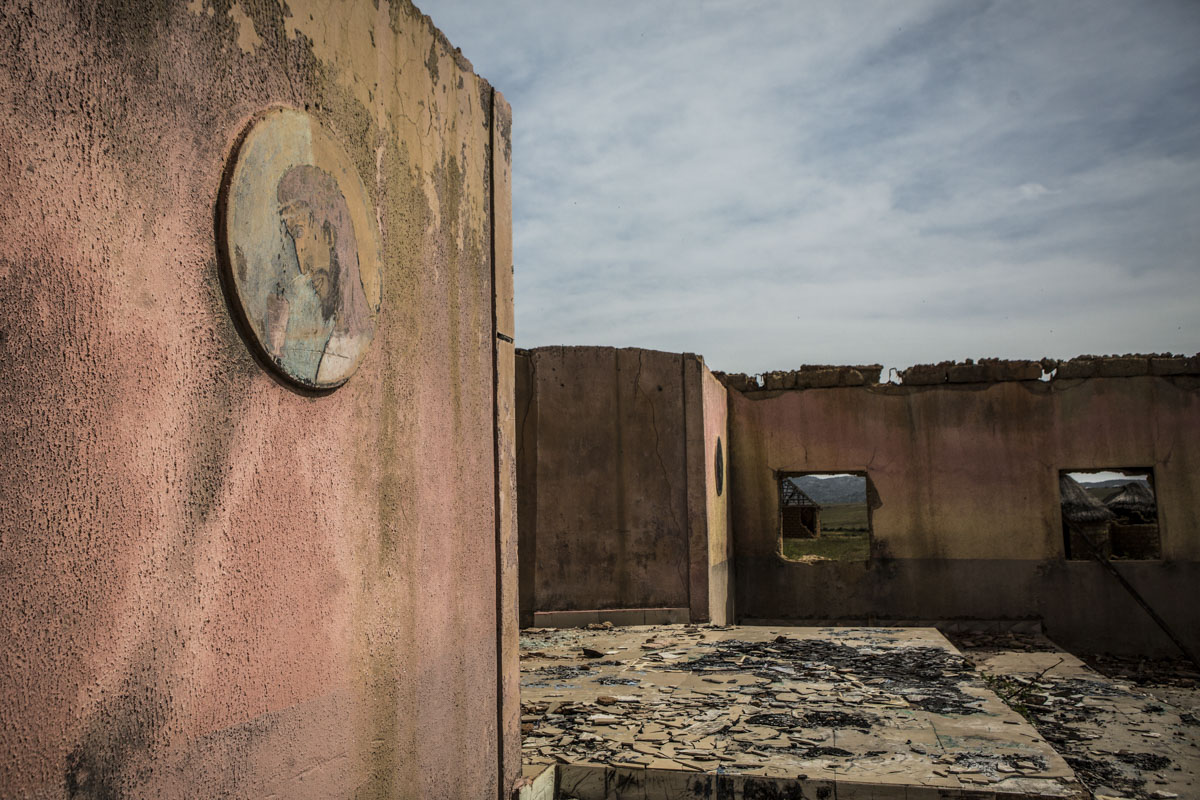 Barkin Ladi, Jos, Nigeria- The remains of a church in Garwaza Village in Barkin Ladi, Nigeria. Villagers were warned of the attack by Fulani members of their community before the attacked on June 23, 2018 by masked gunmen speaking in Hausa, leading many in the community to believe that they were Fulani. Most of the 2000 villagers fled to neighboring Tenti-Babba town where they remain displaced.