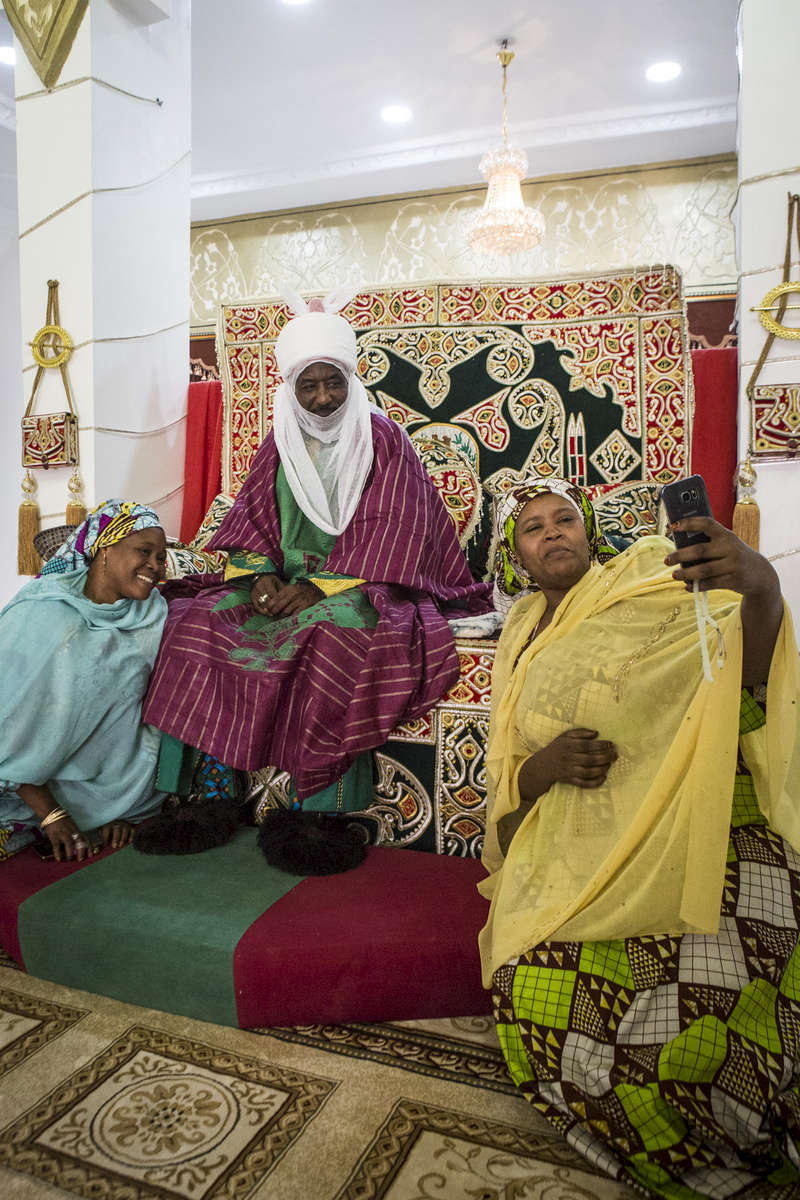 The Emir of Kano, Muhammed Sanusi II meets with female family members in the inner palace in Kano, Nigeria