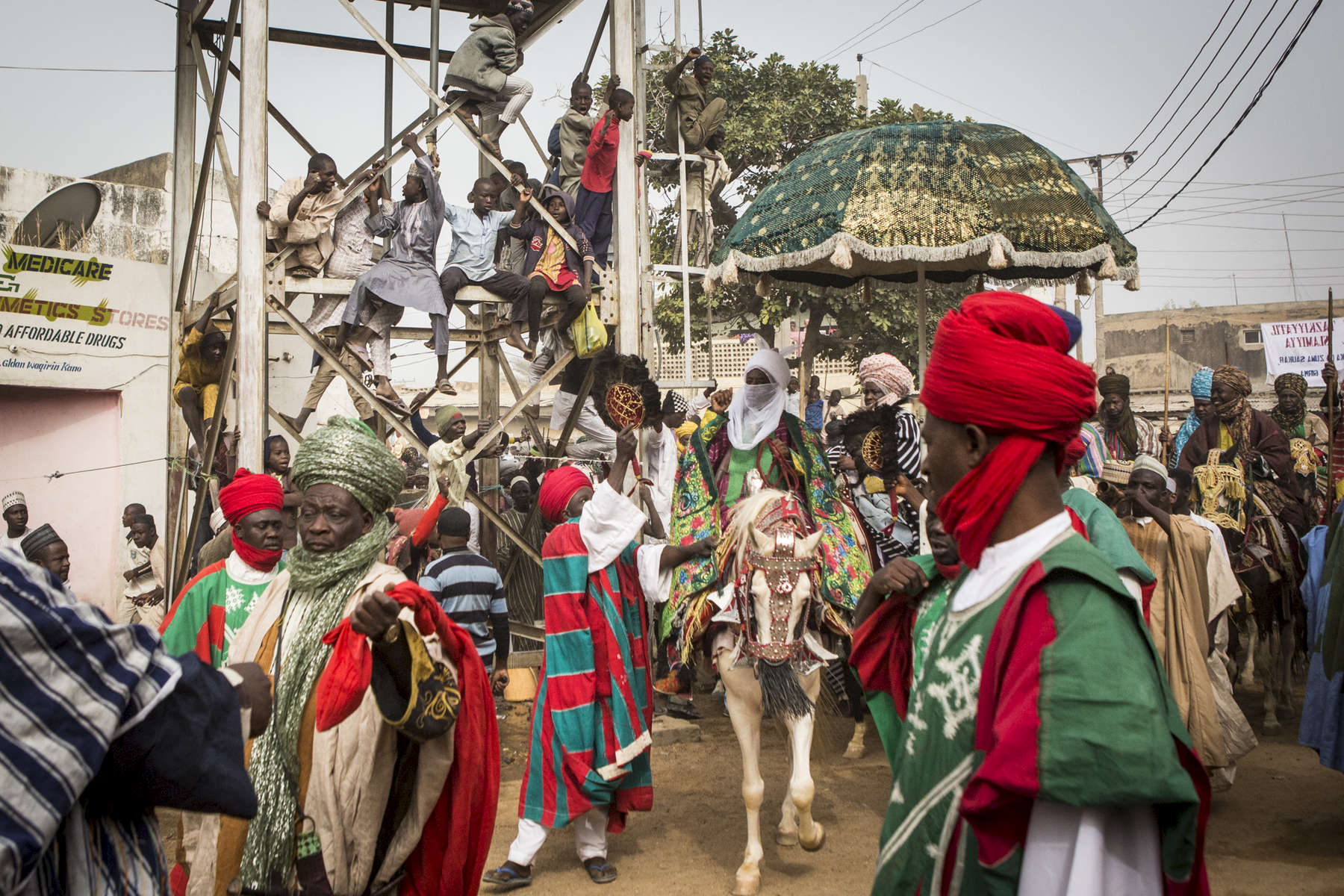 The Emir of Kano, Muhammed Sanusi II, surrounded by his guards and aides, rides his horse to the Fatahul Mubin Islamic School graduation through the Old City in Kano, Nigeria