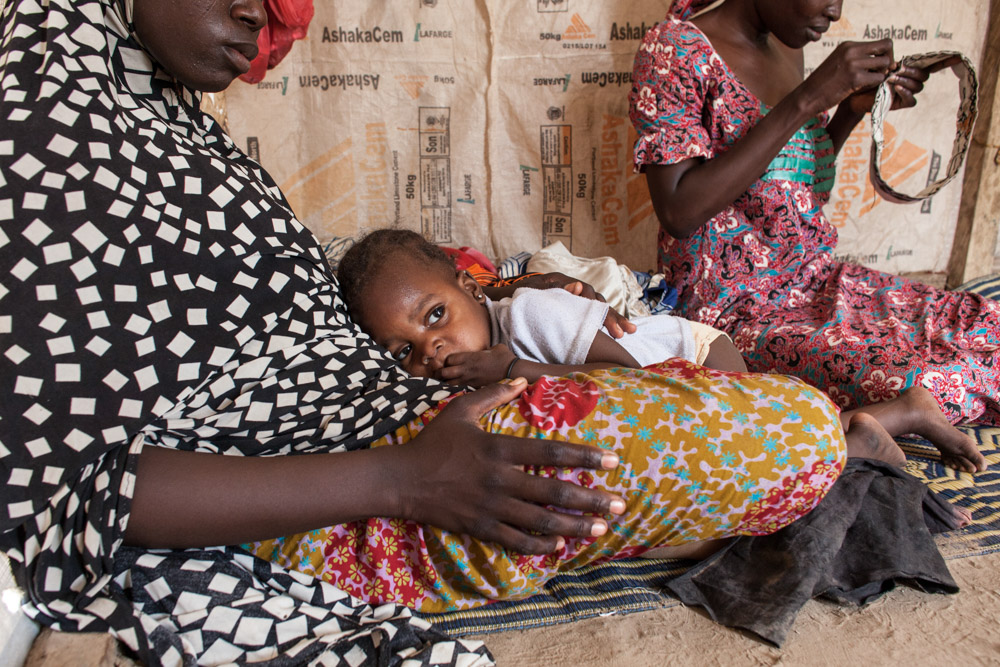 Halima (L), 15, holds Hauwa, 1, while Hamsatu (R), 25, sews a traditional prayer cap from Bama called a Zanna in their tent at Dalori Internally Displaced Persons Camp in Maiduguri, Nigeria. Both Halima and Hamsatu were abducted, held captive in the Sambisa Forest and forced into marriage by Boko Haram. After they escaped they were rescued by the Nigerian military and sent to Dalori IDP camp where they recognized each other from their time in captivity. Now they support each other in trying to rebuild their lives and protect each other from the stigma of their captivity and forced marriages.