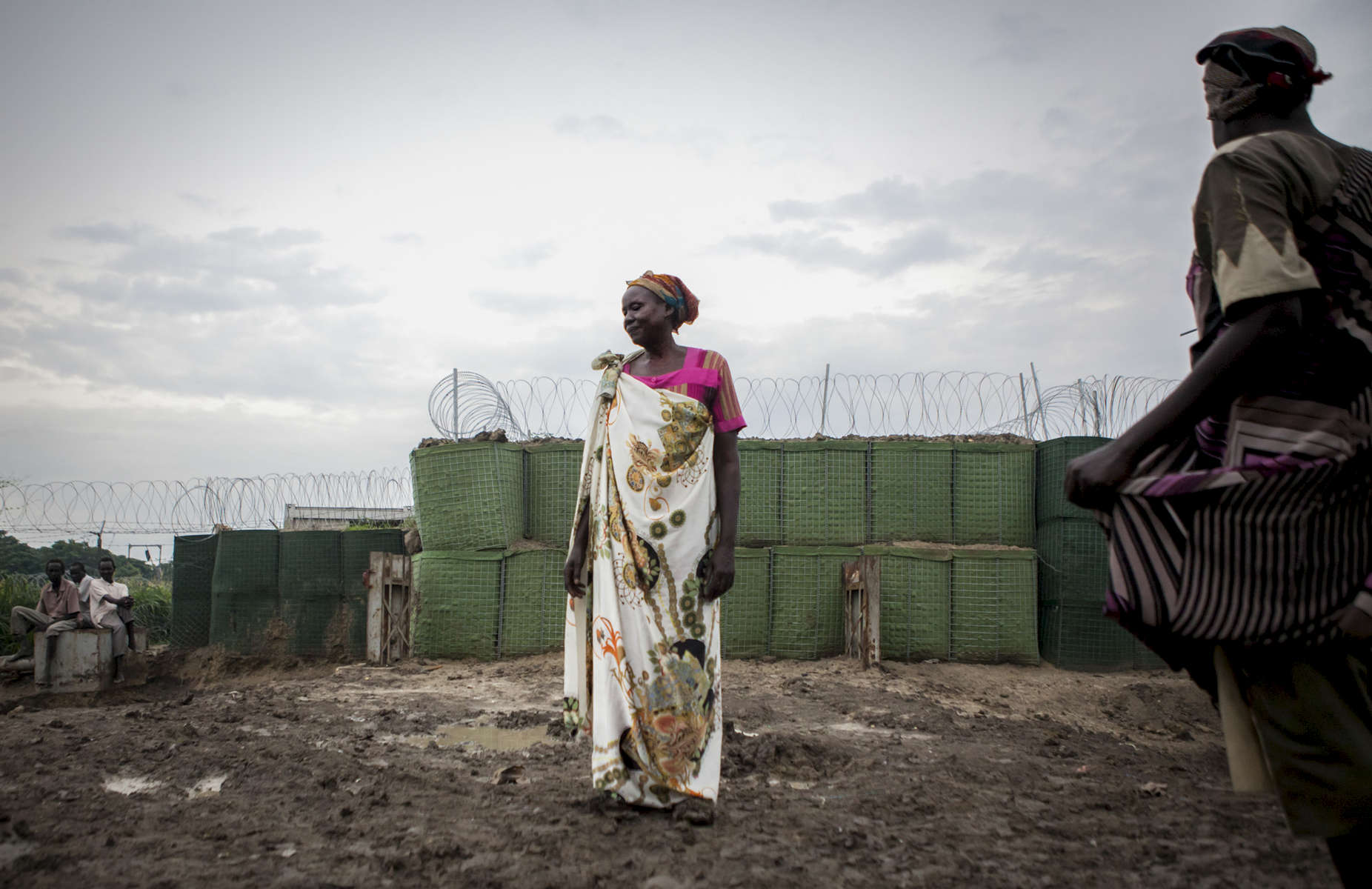 Rachael Mayik stands outside a now barricaded Charlie Gate in the Protection of Civilians (POC) site at the United Nations Mission in South Sudan (UNMISS) compound in Malakal, South Sudan on Saturday, July 16, 2016. Charlie Gate is the site where thousands of people gathered during the violence that erupted in February of this year. The UN came under scrutiny due to the slow response of the peacekeepers to protect the civilians during the two day ordeal. During the violence, thousands demanded entrance into the UNMISS base at Charlie gate, seeking safety, but the opening of the gate was delayed for protection of the UN compound.