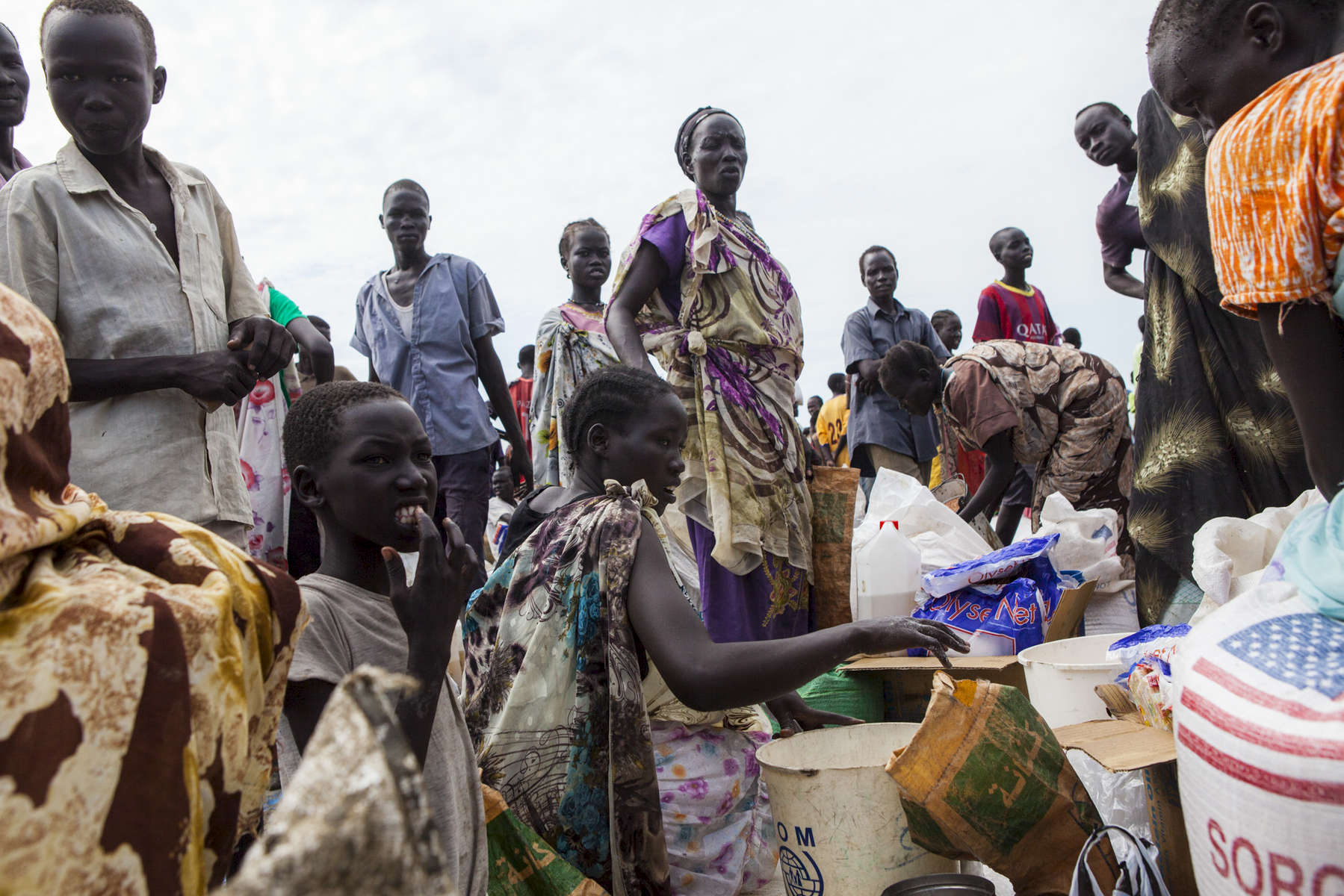 People gather to divide supplies at the World Food Program food distribution in the Protection of Civilians (POC) site at the United Nations Mission in South Sudan (UNMISS) compound in Malakal, South Sudan on Friday, July 15, 2016.