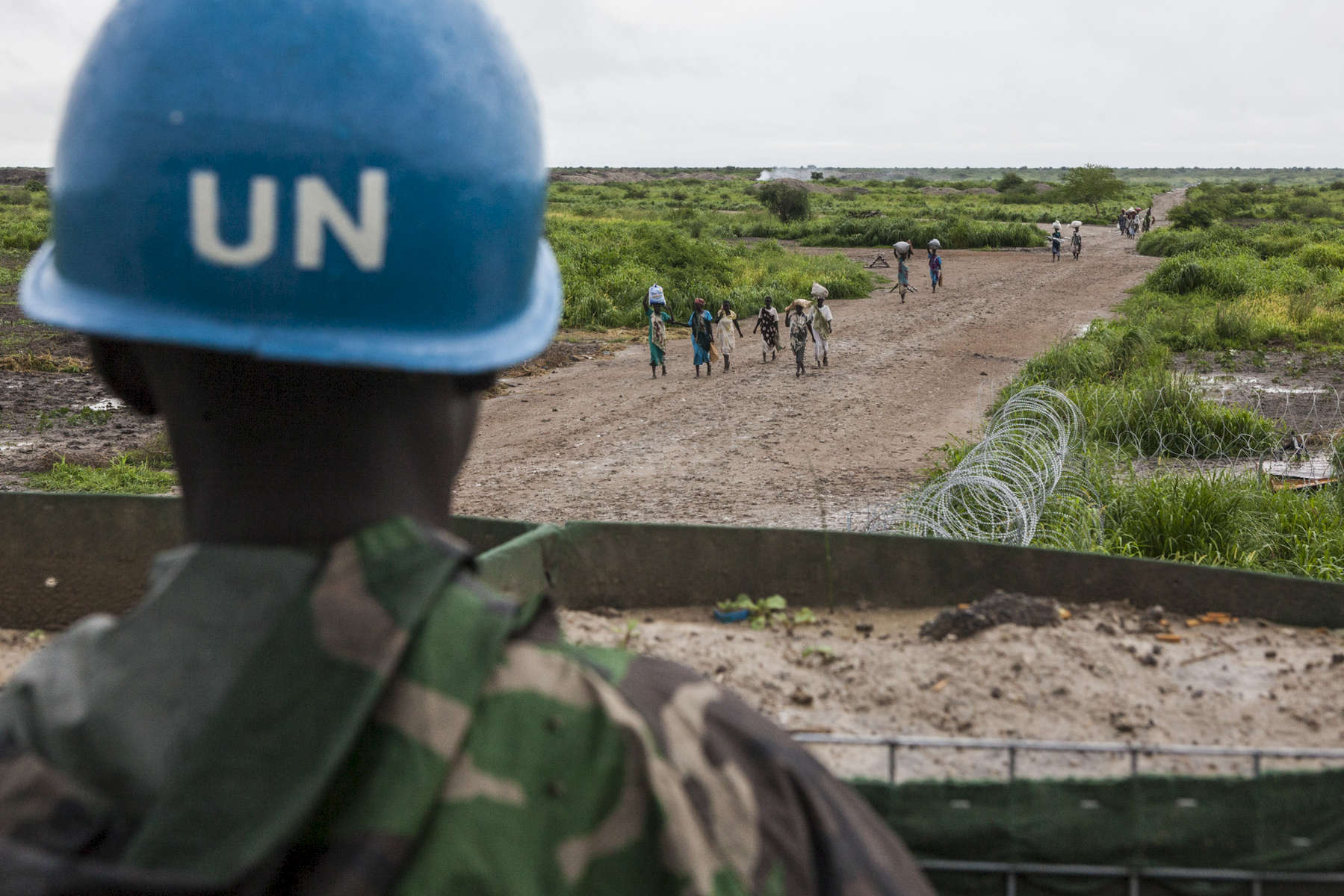 A UN Peacekeeper stands guard at an outpost as civilians enter the Protection of Civilians (POC) site outside the United Nations Mission in South Sudan (UNMISS) compound in Malakal, South Sudan on Wednesday, July 13, 2016.