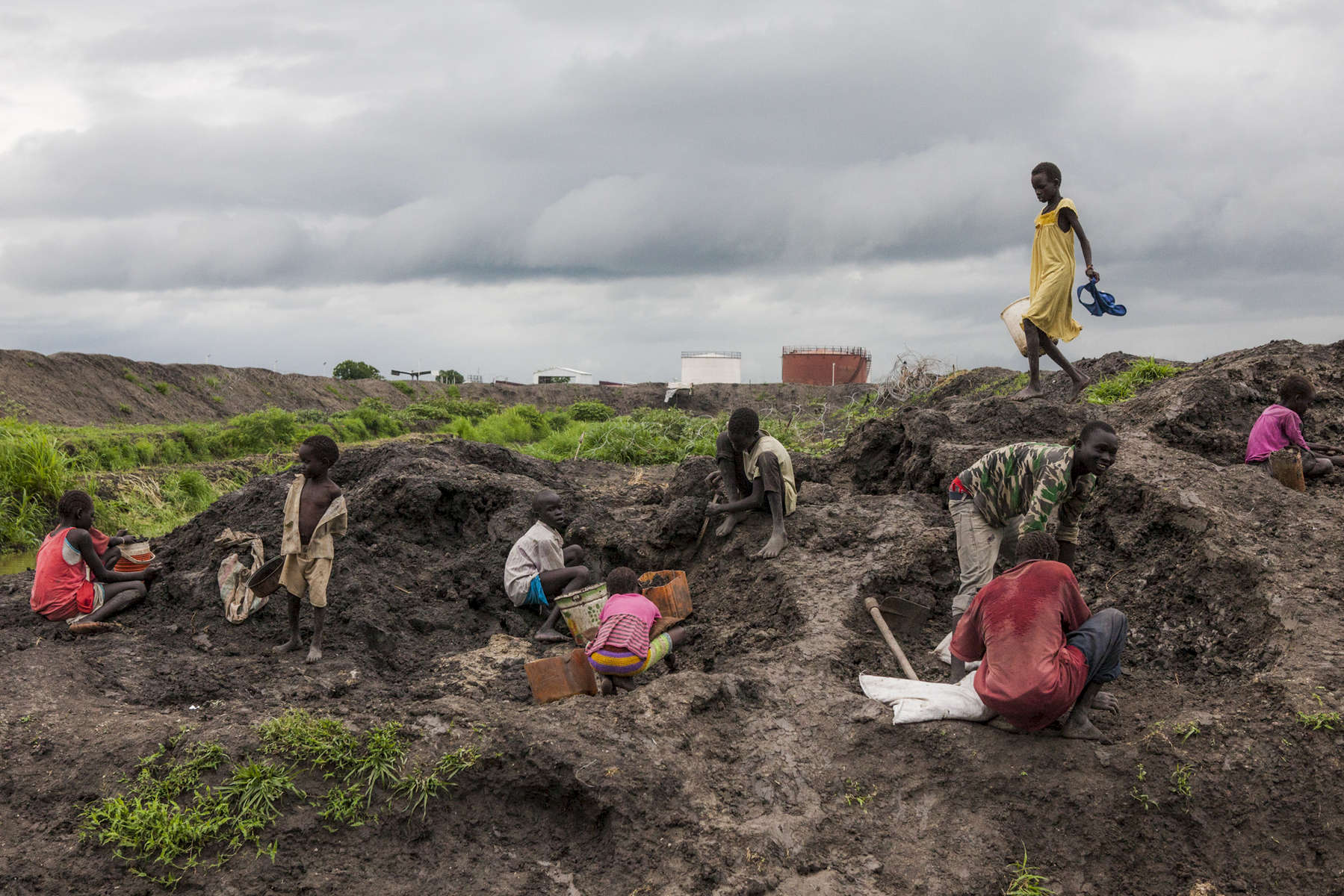 Children collect dirt to reinforce their shelters during the rainy season at the Protection of Civilians (POC) site at the United Nations Mission in South Sudan (UNMISS) compound in Malakal, South Sudan on Wednesday, July 13, 2016.