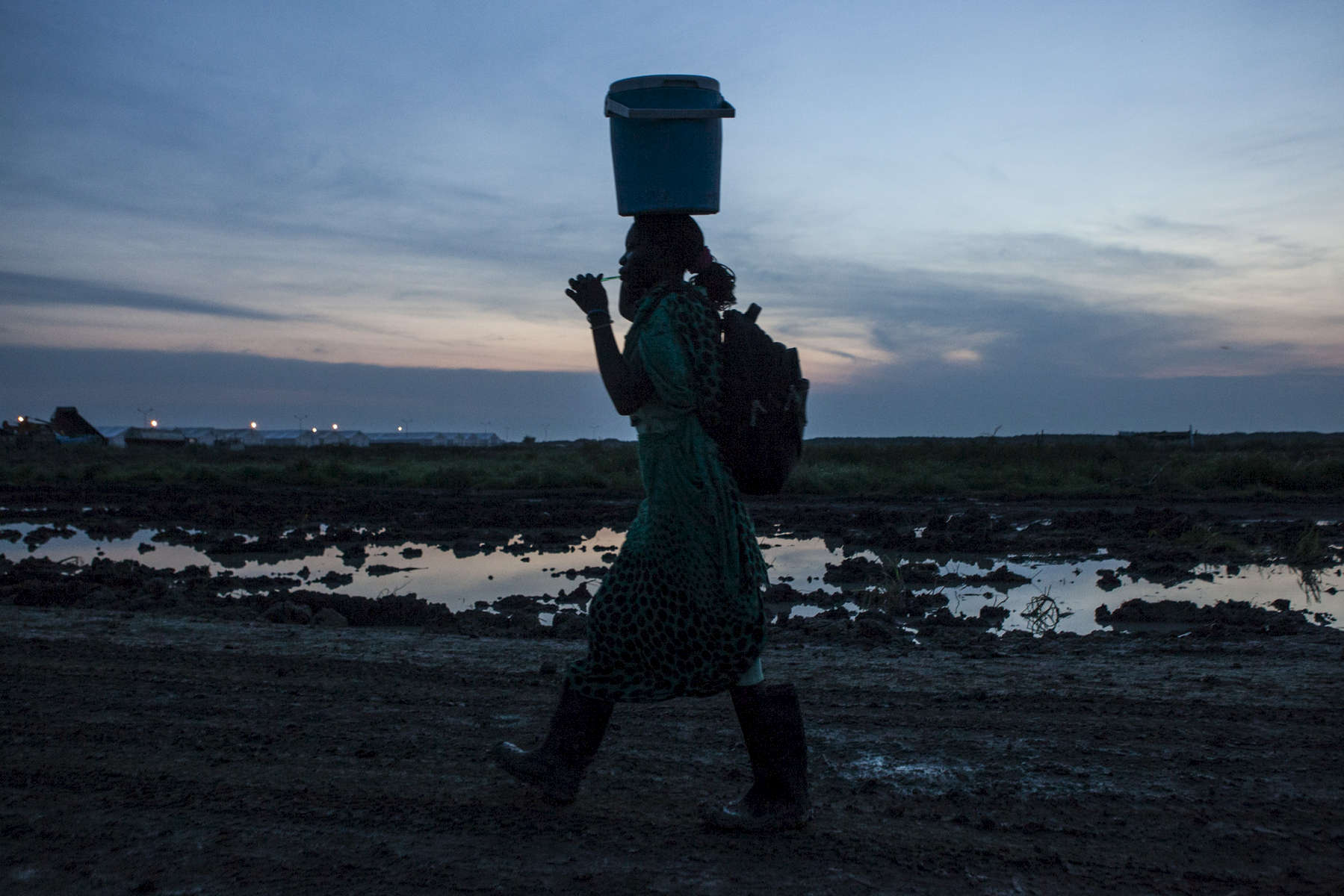 A woman brushes her teeth at dawn while leaving the camp to farm outside the Protection of Civilians (POC) site at the United Nations Mission in South Sudan (UNMISS) compound in Malakal, South Sudan on Wednesday, July 13, 2016.