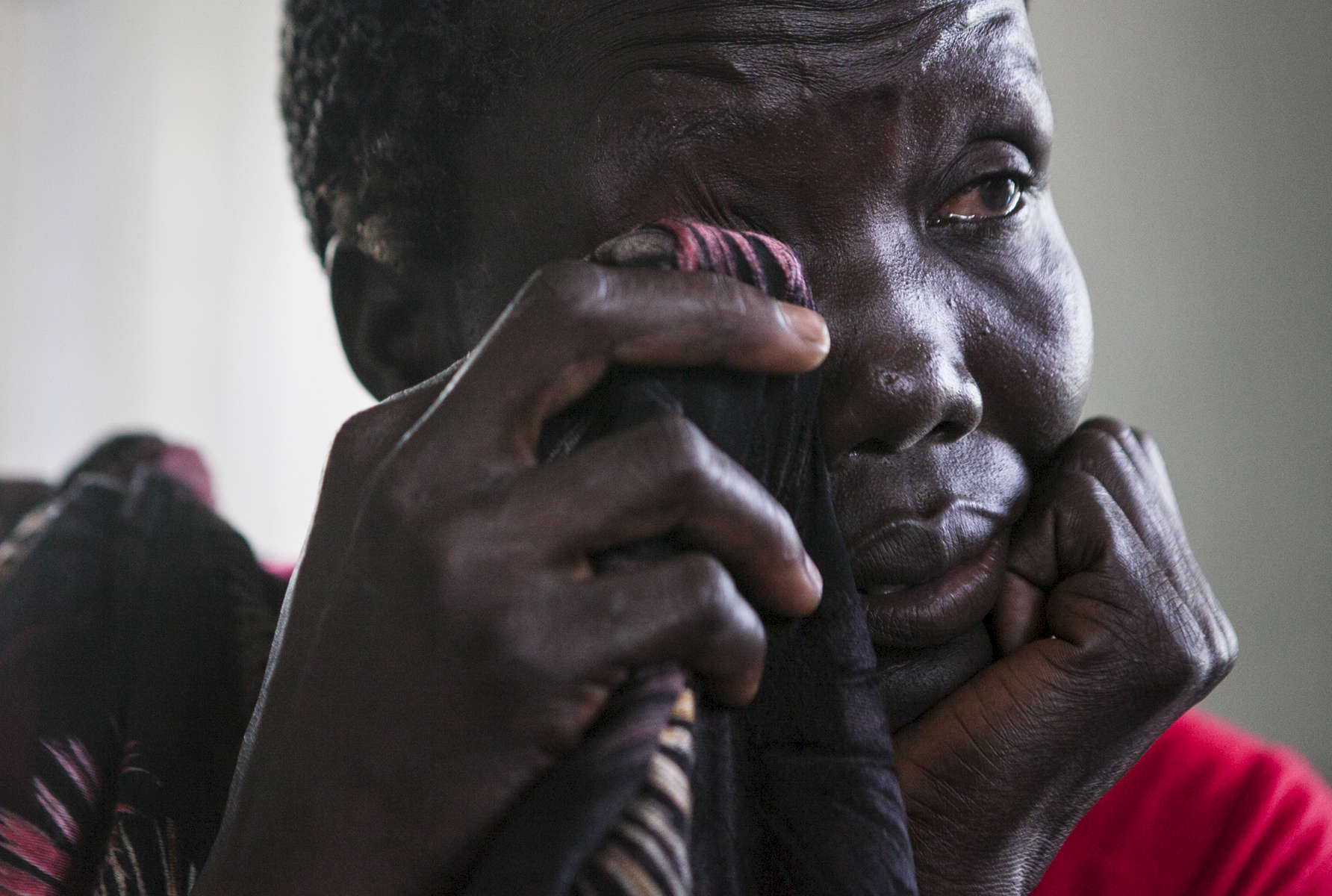 Mary Akich, 38, cries while recounting the circumstances around her son's death during the coordinated attack on February 17th and 18th of this year in the Protection of Civilians (POC) site at the United Nations Mission in South Sudan (UNMISS) compound in Malakal, South Sudan on Tuesday, July 12, 2016.