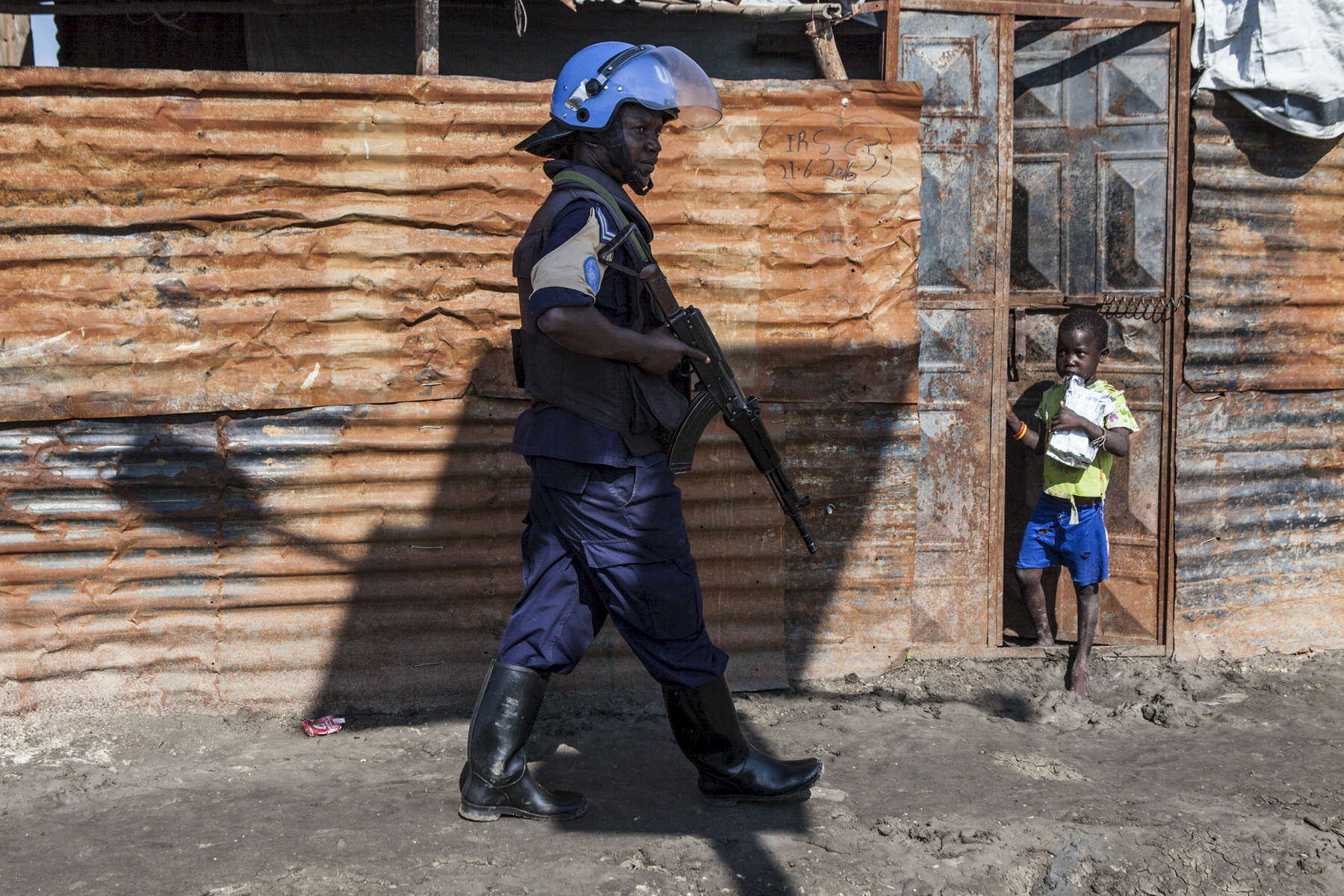 A member of the UN Police performs a search during a patrol in the Protection of Civilians (POC) site at the United Nations Mission in South Sudan (UNMISS) compound in Malakal, South Sudan on Tuesday, July 12, 2016.