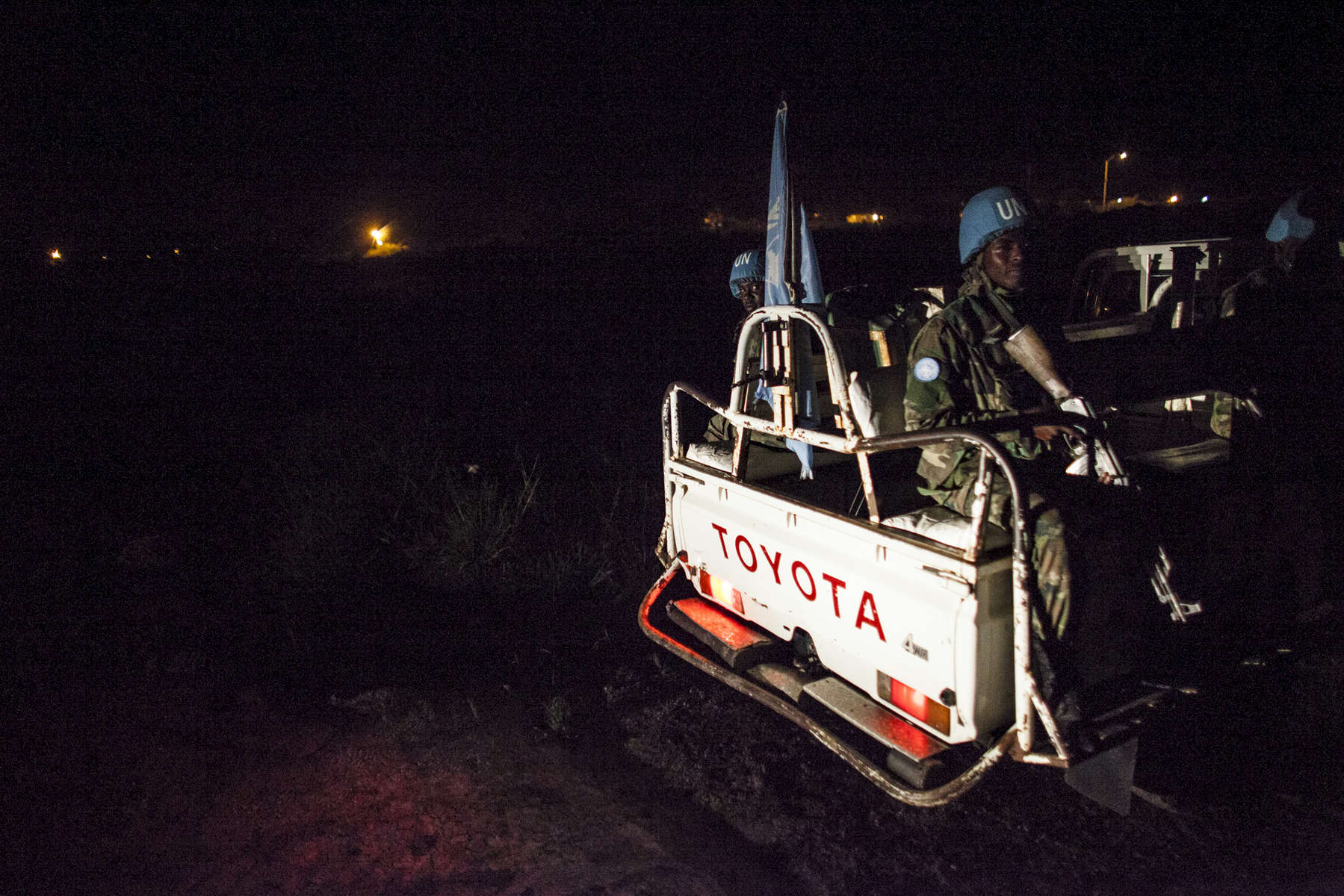 The Rwandan Battalion of the United Nations Peacekeepers patrols the perimeter of the Protection of Civilians (POC) site and the United Nations Mission in South Sudan (UNMISS) compound during a night patrol in Malakal, South Sudan on Monday, July 11, 2016. The UN has assured the displaced people that increased security measures around the camp will protect them from any further attack. Most of the displace are not convinced.