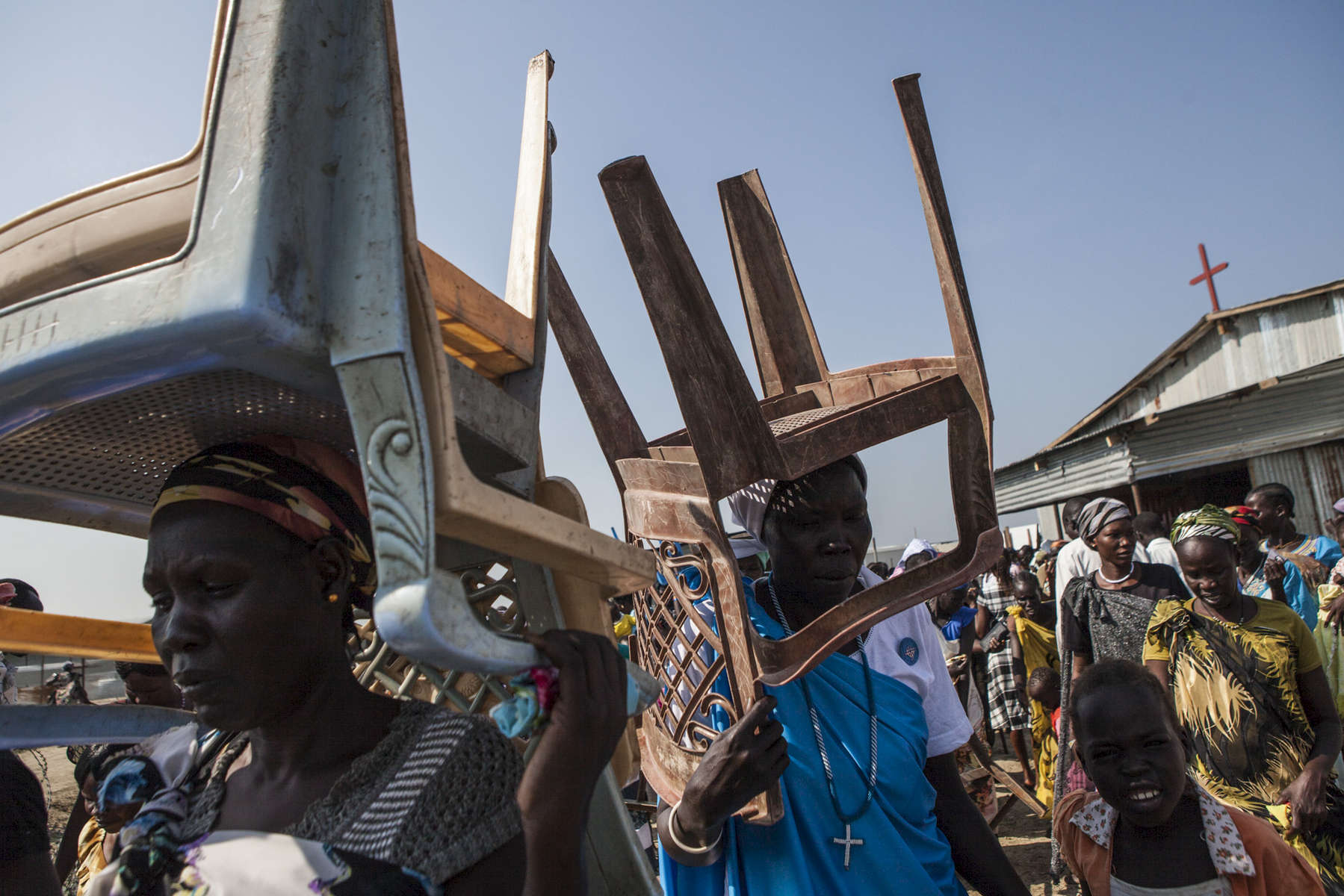 Church members carry out chairs and benches after service at the Dolieb Hill Presbyterian Church in the Protection of Civilians (POC) site at the United Nations Mission in South Sudan (UNMISS) compound in Malakal, South Sudan on Sunday, July 10, 2016.