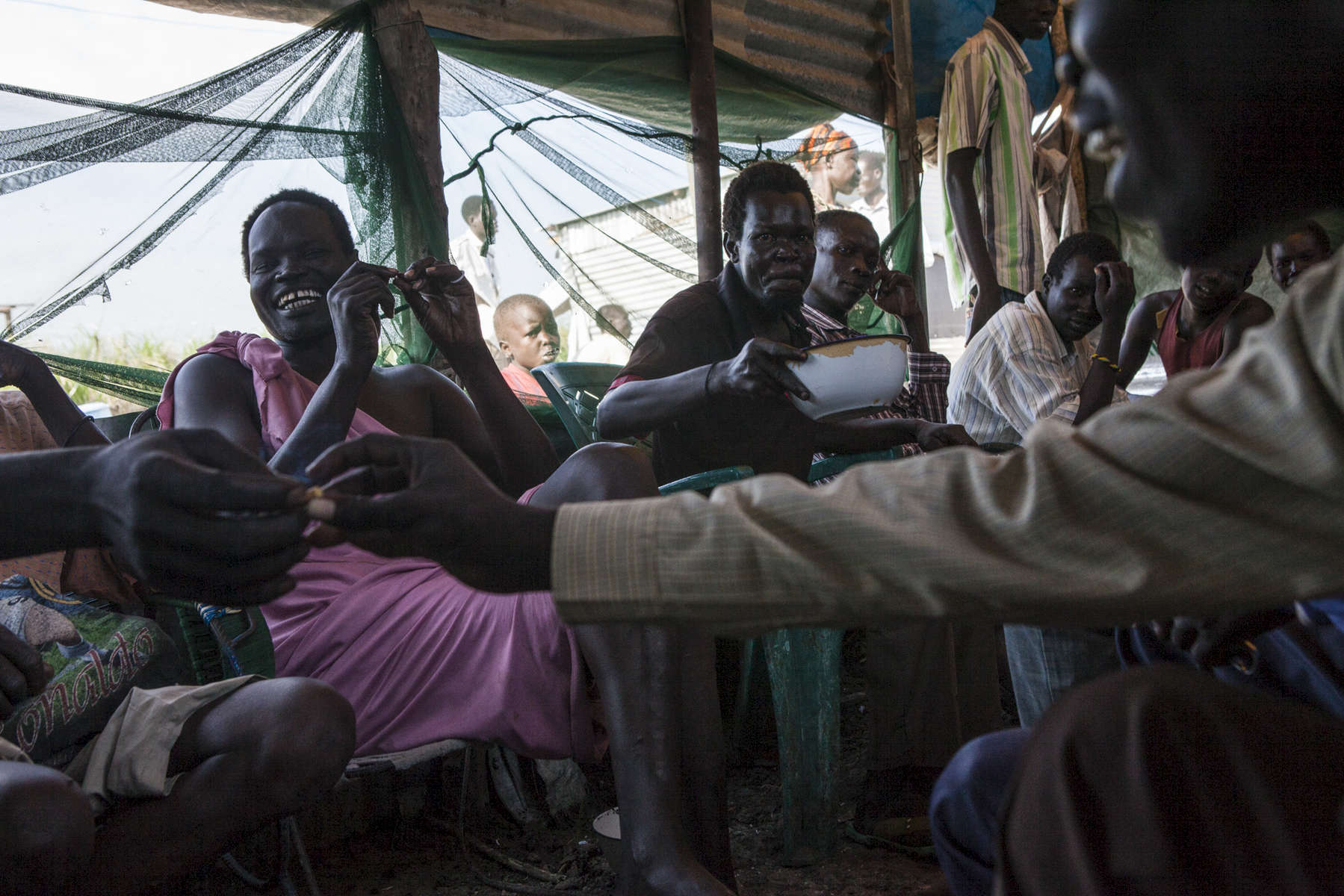 Men drink locally made beer called Acelea at a bar in the Protection of Civilians (POC) site at the United Nations Mission in South Sudan (UNMISS) compound in Malakal, South Sudan on Saturday, July 9, 2016. Alcohol is prohibited in the site as it causes too much violence between the men.