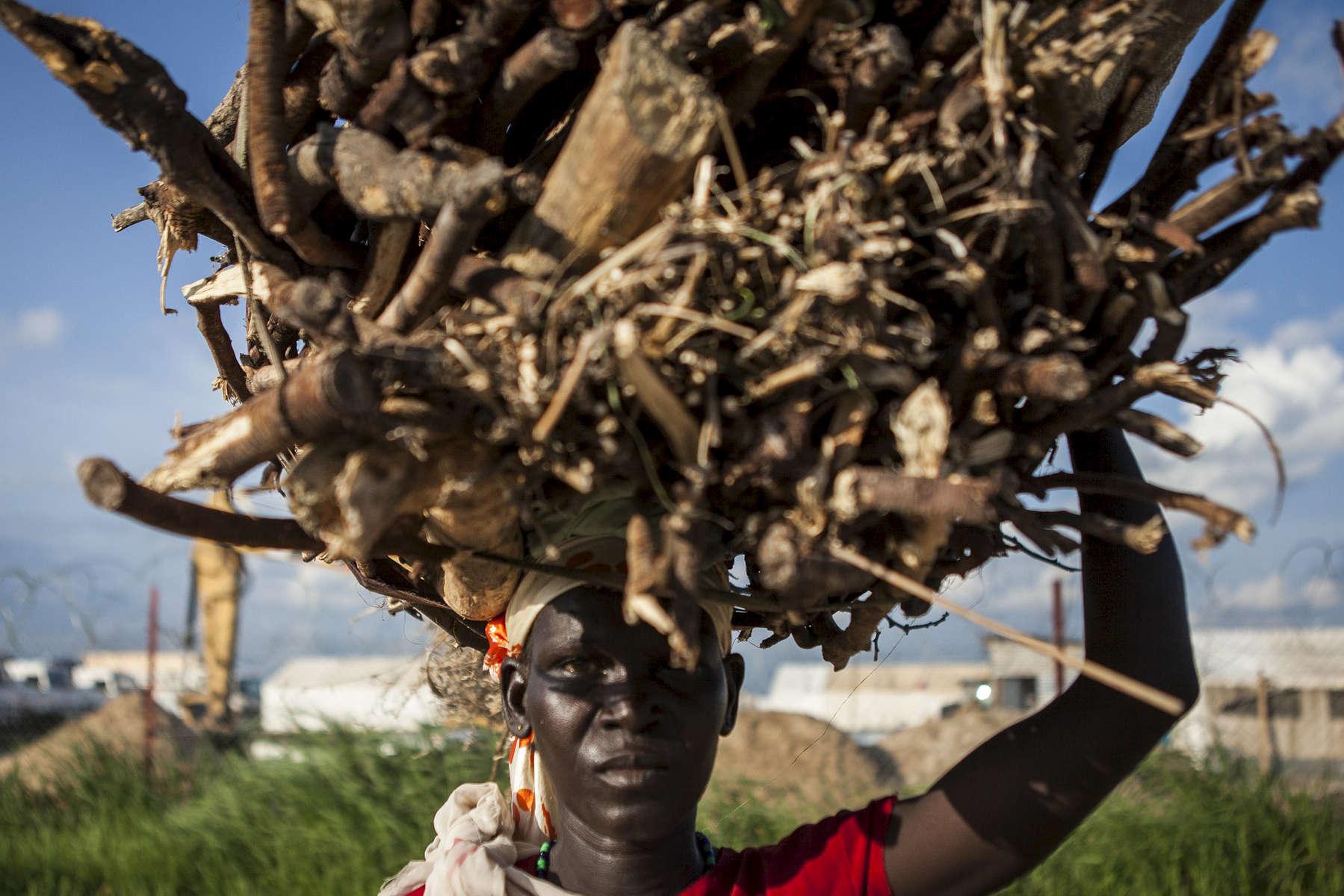 A woman carries firewood she collected outside the Protection of Civilians (POC) site at the United Nations Mission in South Sudan (UNMISS) in Malakal, South Sudan on Friday, July 8, 2016. Most women from the site gather firewood and sell goods outside of the compound as men fear tribal violence outside the protection of the UNMISS walls. Women still endure much harassment and attacks at the hands of the Dinka tribe members and the SPLA.