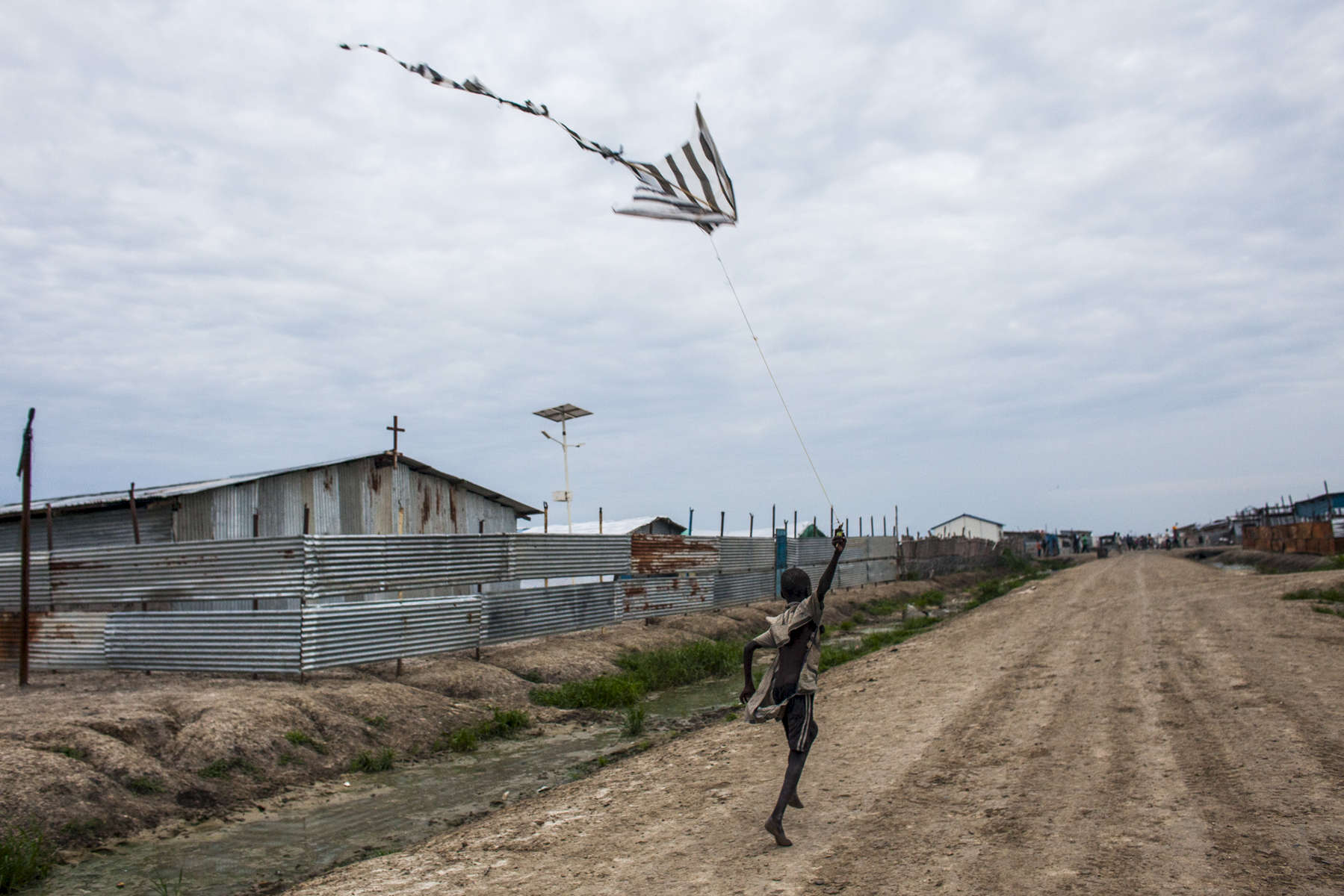 A boy flies a kite made from plastic bags in the Protection of Civilians (POC) site at the United Nations Mission in South Sudan (UNMISS) base in Malakal, South Sudan on Thursday, July 7, 2016.

The POC site houses close to 32,000 displaced people mainly from the Shilluk and Nuer tribes in the Upper Nile State. In February of this year, violence broke out inside the camp as many armed members of the Dinka tribe, who resided in the camp at the time, along with members of the SPLA who infiltrated the camp, attacked the Shilluk and Nuer in the camp destroying large sections of the site resulting in many wounded and dead. The UN came under scrutiny due to the slow response of the peacekeepers to protect the civilians during the two day ordeal. During the violence, thousands demanded entrance into the UNMISS base at Charlie gate, seeking safety, but the opening of the gate was delayed for protection of the UN.