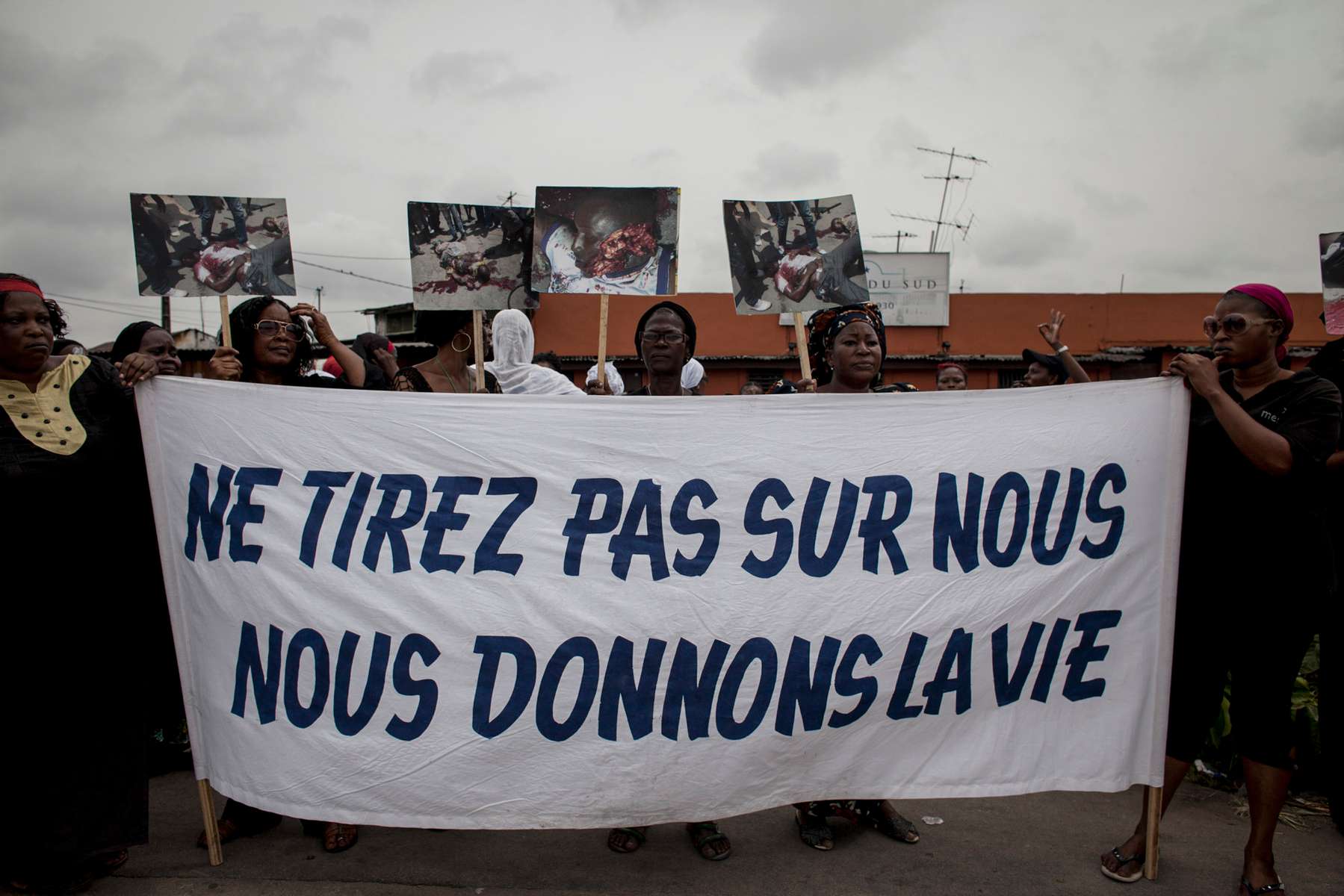 Women march through the streets mourning the deaths of the victims of the political violence, carrying a sign translating to "Do not shoot us. We give life" the morning of Tuesday, March 8, 2011 in Treichville, a suburb of Abidjan, Ivory Coast. This afternoon in Treichville, after finishing prayers (both Christian and Muslim) the marching women encountered the "Compagnies Republicaines de SecuritÈ" (CRS), special riot police loyal to Laurent Gbagbo. Its reported that the neighborhood youth guard stood in a line between the women and the CRS to protect the women when the CRS opened fire. At least four were killed including one woman and unknown number were injured.