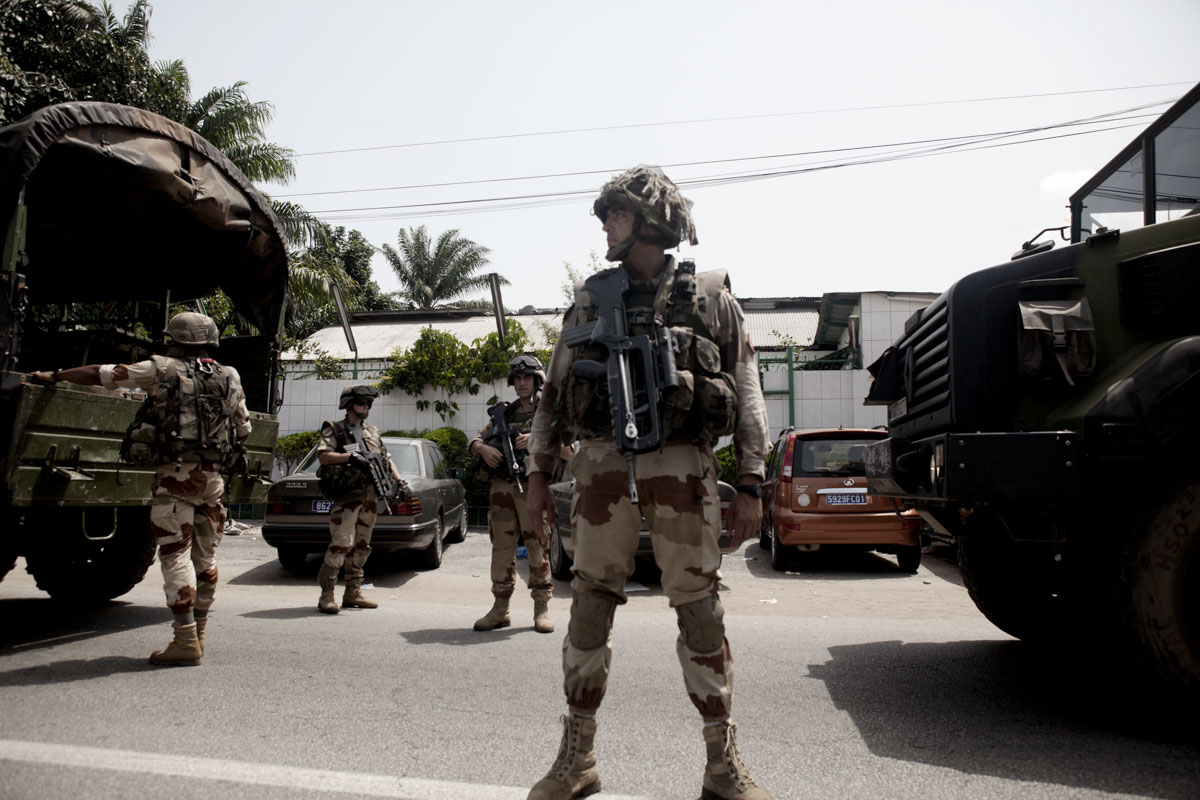 Members of the French military peacekeeping operation, LICORNE, stand guard outside the Le Wafou Hotel, a meeting place for French expatriates to be evacuated in Abidjan, Ivory Coast in April 2011. After months of post election violence and thousands of deaths, Laurent Gbagbo finally ceded power to Alassane Ouattara with the backing of French and UN forces allied with the FRCI.