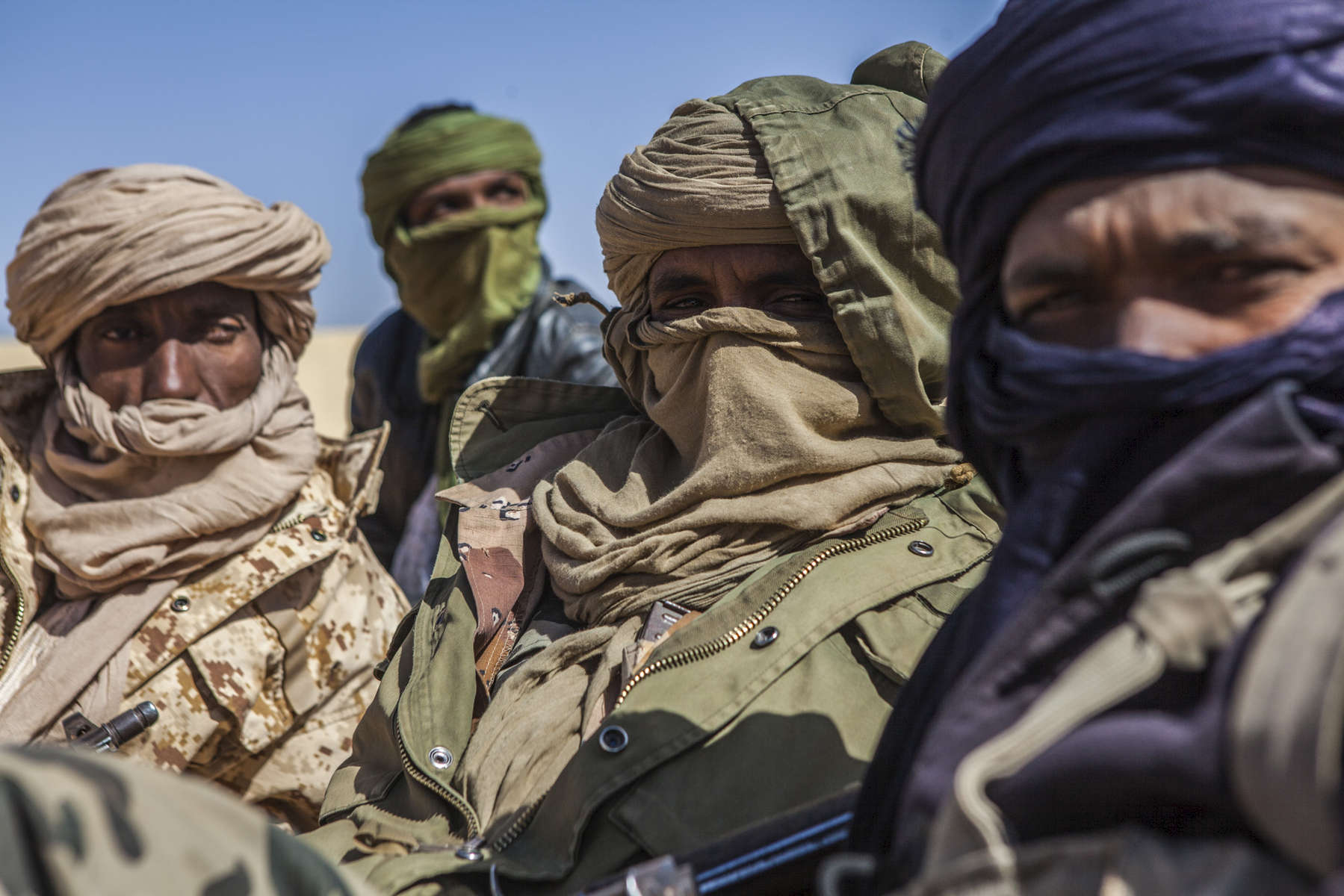 Members of former rebel groups part of the peace process wait to be registered in the MOC at a local police station in Gao, Mali on Friday, January 13, 2017. Close to 150 men wait to be registered in the MOC (Mécanisme Opérationnel de Coordination) but the process has been delayed due to the number of men exceeding the original amount registered as well as demands of insurance and pay by the men. The MOC will be comprised of the Malian military as well as former members of rebel groups who are a part of the peace agreement. Joint patrols will take place in Gao, Timbuktu and Kidal with Gao being the first city to implement these patrols, the first steps in accomplishing the peace process.