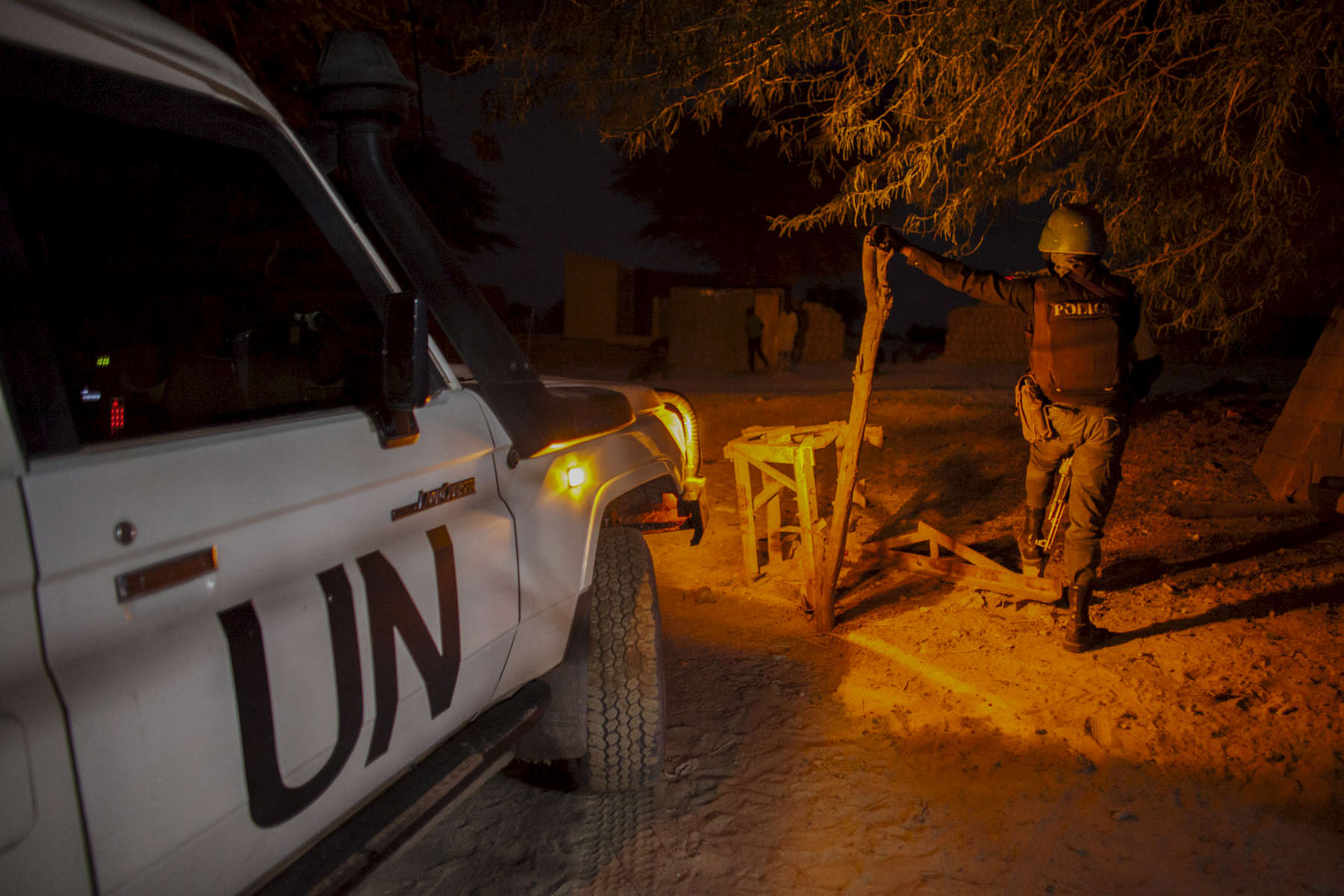 A United Nations Policeman stands on guard during a night patrol in the Abaradiou neighborhood in Timbuktu, Mali on Monday, January 9, 2017. Despite the end of the occupation, many Malians in Timbuktu find that security is still a major issue speaking of incidents of car jacking and looting. Even though crime is high, most of the deadly attacks that occur are against the United Nations Minusma mission, Malian soldiers and the French military.