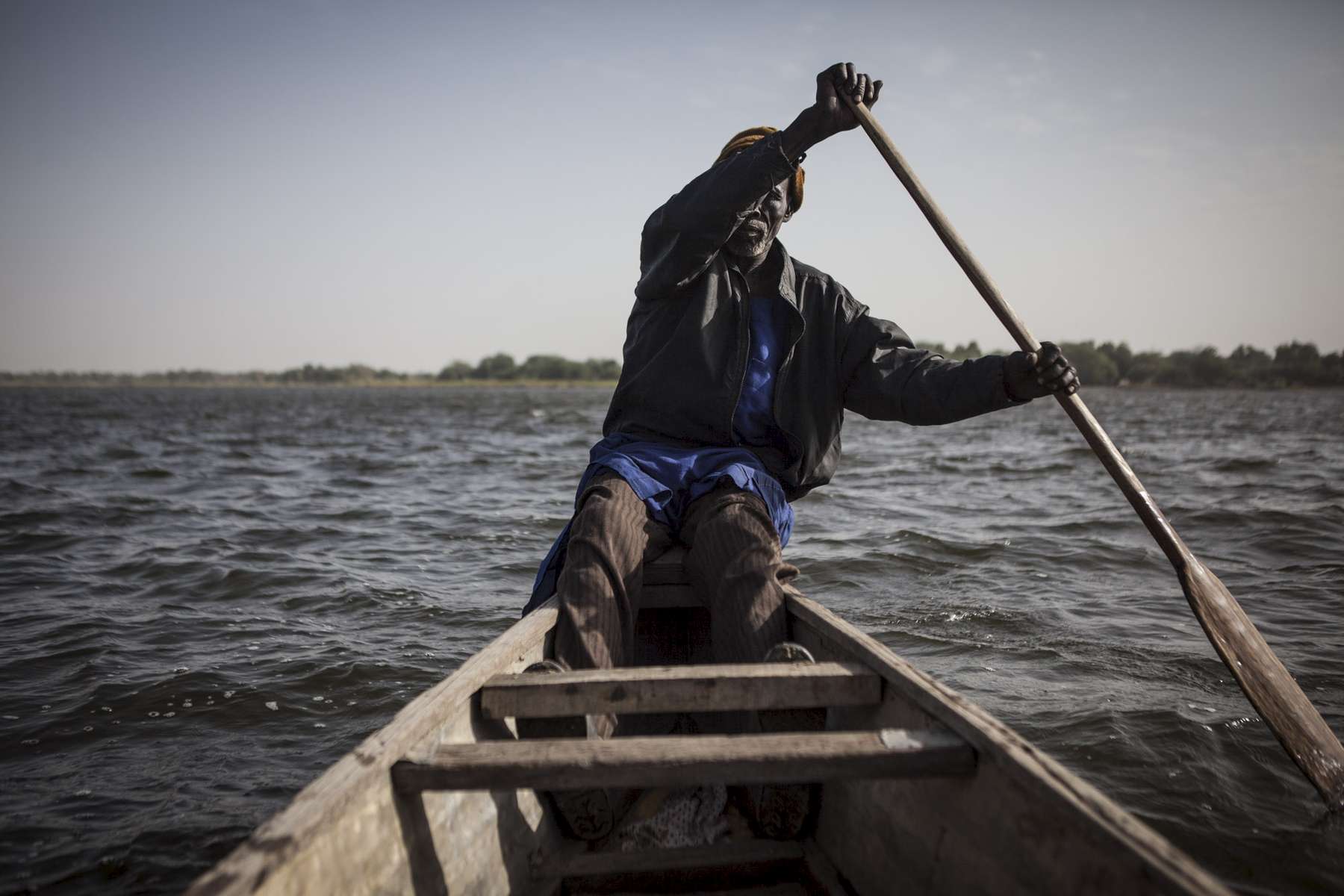 Ali Koura, 75, paddles a boat to his farm on Kourkei Island across from Tagal Village in Baga Sola, Chad. Despite many other farmers abandoning their land on the island out of fear of a Book Haram attack, Koura refuses to leave and believes that Allah will protect him and continues to produce many crops but due to the blocked route to Nigeria, Koura has lost over 70% of his income.