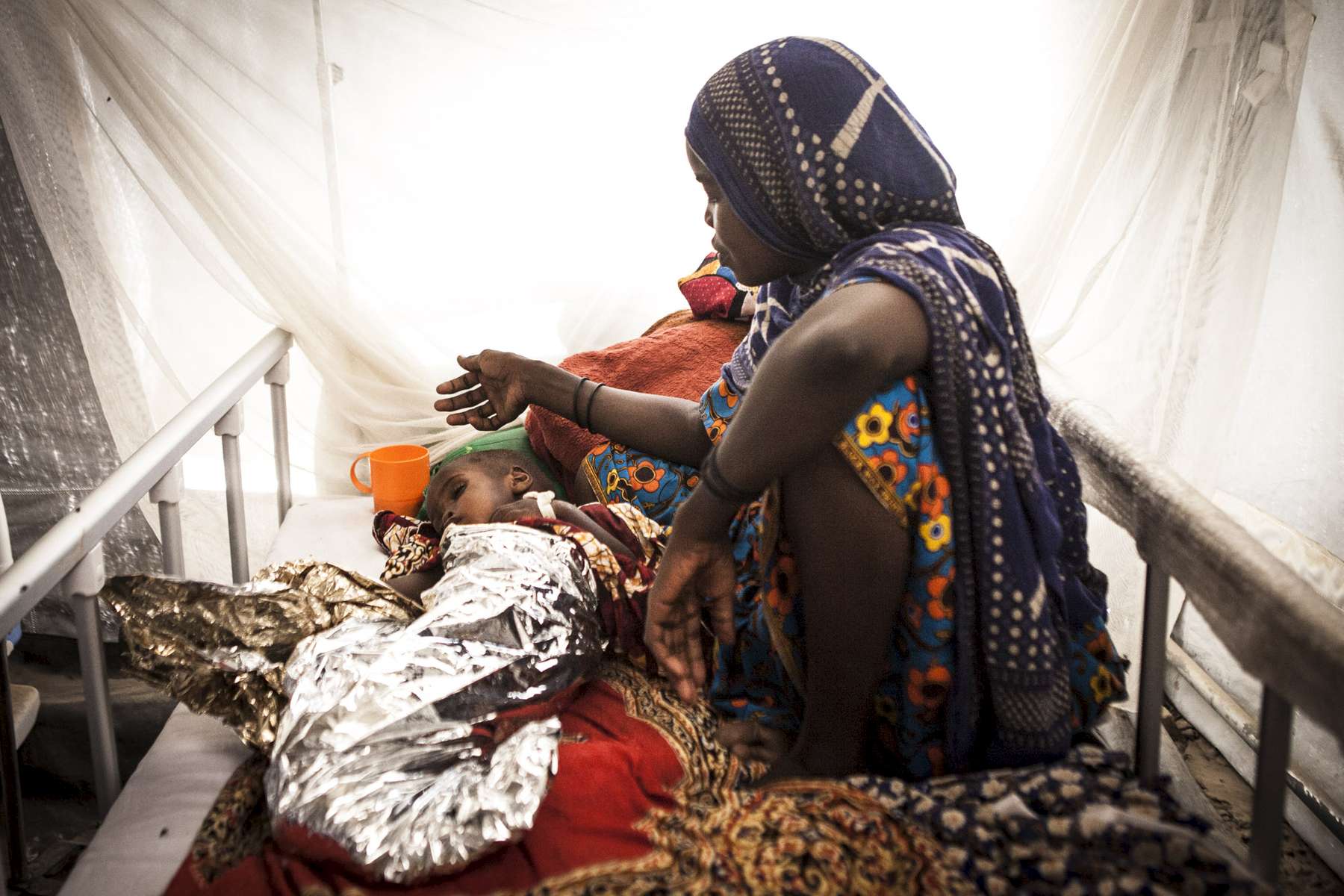 Babay Moussa, 23, fans Abakar, 2, who suffers from a pulmonary condition that has been complicated by malnutrition at the International Rescue Committee Clinic in Liwa, Chad.

Lake Chad has decreased in size by almost 90 percent in the last 60 years. Historical evidence and local knowledge has proven that the level of the lake fluctuates drastically over long periods of time but desertification, deforestation, climate change, resource mismanagement and massive numbers of displaced persons are not allowing the basin to replenish itself. Whole villages have followed the shrinking shoreline for decades, following the lush fertile landscape as it moves farther away from their original homes. People living in villages along the lakeshore have watched large pools of water reduced over time revealing farmable land. But that too began to disappear as increasing winds pushed sand in from the desert. Now the dry Sahel lies just beyond the lush greenery of the land surrounding the lake, as the waters of Lake Chad meet the desert after just a few hundred feet.